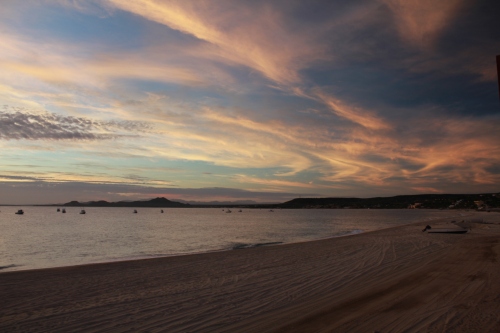 Our two-week holiday in Mexico at the beginning of November didn’t turn out quite like we planned. When people ask about our time south of the border, inevitably the focus shifts to Marcus’ windsurfing accident, booking an early flight home, and the tale of a two-week holiday cut in half.

But I choose to remember the sunrises.

I am an early riser. I enjoy waking up with the maximum amount of the day stretched out before me. However, that doesn’t mean I am a morning person. I get up early so that I can take my time preparing for the day, to be quiet before facing the noise of the world. Rushing outside a few minutes after opening my eyes is not part of that routine.

The sunrises in Baja Sur changed that, at least for a week. I would wake and see a golden glow leaking through the edges of the curtains that I couldn’t simply ignore. When I pulled back the curtain, I was met with the most glorious sunrise. I would nudge Marcus and then bolt out the door, camera in hand. Wild-eyed and half-dressed, completely inappropriate to the world outside, but I didn’t care.

We had seven days to catch the sunrise. Some were more breathtaking than others. And someday, we’ll get more when we return to climb the Sierra de la Laguna and witness the sunrise from the top of a mountain. 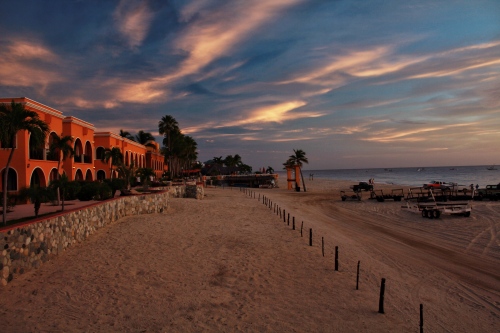 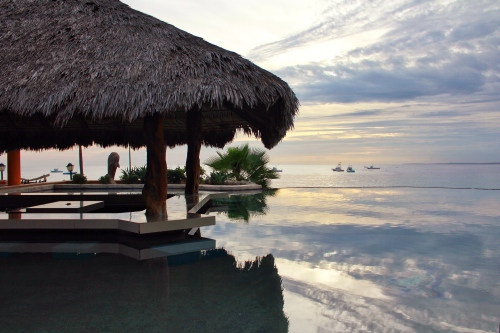 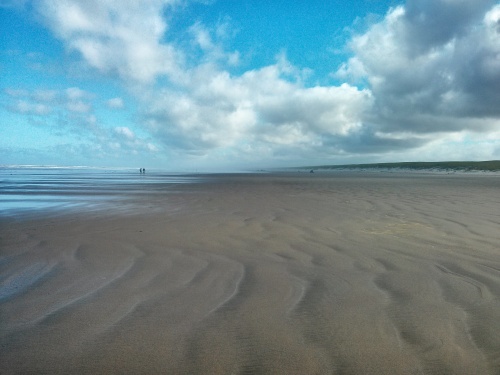 It was a Saturday afternoon, sunny and the warm air thick with pollen. We had rented a car for the weekend and were preparing to head to my sister’s house for a dinner party. Marcus turned to me and upended our plans to drive to the beach early the next morning with a question: “Shall we go tonight instead?” Suddenly preparations to pack our sleeping bags, park on the beach, and sleep in the back of the car began to take shape. And, why not? Didn’t we uproot our cozy life in Amsterdam to be closer to nature and adventure in Oregon?

We began the drive from Portland to the beach well after 9pm. Headed west, we witnessed the sun setting behind the Coastal Mountain Range and then were pitched into darkness on the winding roads. As Marcus drove, I studied a map to decide where we should set up camp. For long stretches, we would lose mobile phone reception completely, nearly unheard of in Western Europe.

As we entered the small town of Gearhart, there were self-reprimands that we should have planned the trip better. After several failed attempts, we came upon a beach access point for cars and drove out onto the sand. There were small groups of people up and down the beach, gathered around bonfires as the tide drew near. We crawled into our sleeping bags, rolled the window slightly to avoid asphyxiation, and settled back to the sound of the waves.

The early morning light woke us at 5:30am and we staved off our hunger until the Pacific Way Bakery opened. After rounds of coffee and pastries, we returned to the beach for a gloriously sunny day. As the tide went out, we came across a multitude of sand dollars still intact. A sight I’d never seen before.

The move across the world hasn’t been easy and the last months have surfaced doubts, worries, and fears that I didn’t anticipate. The transition will take time and we’re trying to fully embrace life in America without sacrificing the European values we hold close. I have learned to trust Marcus in ways I never had to before and I know that as long as I say yes, only adventure awaits.

a walk on the beach in Barcelona 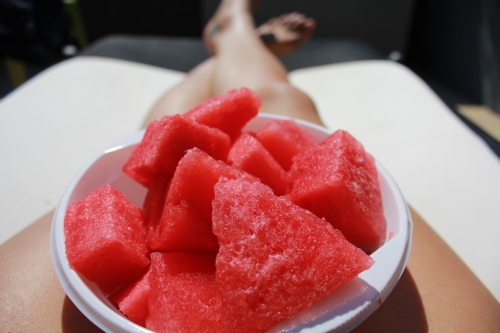 A posting from Portland where it is just like summer should be.

After our holiday in east Germany, we returned to Amsterdam on a Sunday afternoon and I promptly left for Barcelona on a work trip the next morning. It was a bit of a whirlwind and I was sick, but the sun is therapeutic, isn’t it? A few hours before my return flight, I lounged by the pool, working and eating fresh watermelon. But the best part was probably my morning walk on the beach.

I stayed at Vincci Bit, which was close to the neighborhood I needed to work in and a convenient ten-minute walk from the beach. On my second day there, I woke early and headed out to feel the sand between my toes. Just me, a few elderly people, and several dedicated surfers populated the beach. A quiet walk to the sound of lapping waves. 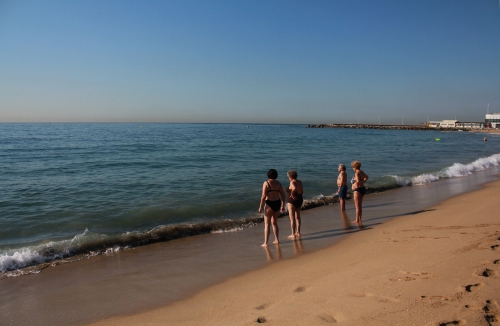 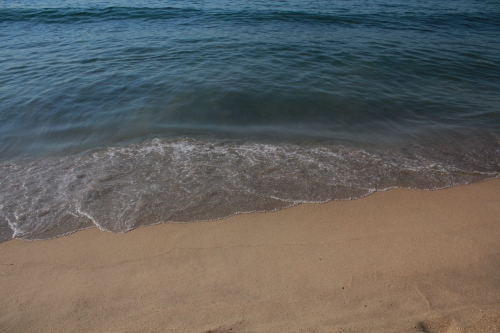 The Oregon coast is one of my favorite places in the world with its long open beaches, scant visitors, dramatic weather and unique vegetation. Some other reasons I love it: the entire beachfront is public (no gating off sections for beachfront properties), sleeping on the sand next to a campfire is a normal (and awesome), and, with an average water temperature around 50 degrees Fahrenheit/10 degrees Celsius, swimming in the water is for the truly brave at heart. A fact that gives me a great deal of respect for the surfers who take on the icy waves. Another reason why I like Jake Stangel‘s project The Pacific which captures the beauty of the surfing culture in Oregon. Mmm, yes I am missing home a bit now (via GOOD).

Sand in the Eye

A friend I met while taking a stroll with my mom on the Oregon beach.