During our visit to North Wales, we climbed Mount Snowdon, the highest point in the British Isles outside Scotland at 1,085 meters (3,560 feet). My hiking boots were quite dusty from years of living in the Netherlands, one of the world’s flattest countries, but we planned to take one of the easier trails past the lakes and waterfalls.

Due to a series of circumstances, we ended up taking the Watkins trail, deemed the most difficult route to the summit. It was very difficult. The first part of the trail had a moderate incline and an abundance of beauty. Most of the photos are from the first 1.5 hours of the hike. About the point where I took the photo of the cairn, the incline steepened and clouds rolled in. I put away the camera and we focused on the summit. There were moments I felt daunted, when the wind whipped and the fog was so dense that you could only see several meters ahead. Not to mention the 45 degree incline. Reaching the summit made it all worth it though and we basked in the glory before beginning the descent. 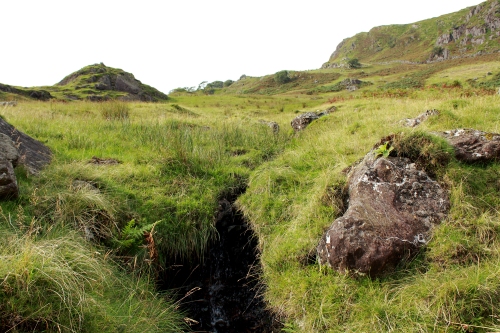 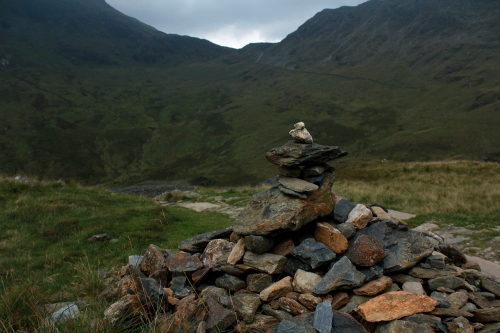 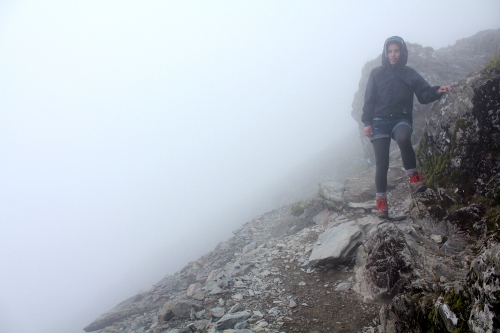 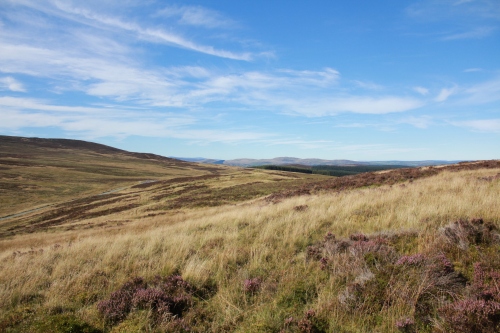 The sunny weather stayed with us as we drove to North Wales on a narrow road, barricaded on each side by stone walls. I distracted myself from the terrifying proximity of oncoming vehicles by taking in the dramatic landscape and countless sheep grazing on the hillsides. We stopped for afternoon tea at Pont Yr Afon Gam Cafe, surrounded only by sheep, a stone bridge, and a swift-moving creek (images 2 and 9).

Our destination was the town Betws-y-Coed, nestled in the foothills of Mount Snowdon. We stayed in a Shepherd’s Hut, again right in the middle of nature, with an ideal view for watching the sunsets. The first morning, we discovered Cwmni Cacen Gri (The Welshcake Company) and their delicious assortment of griddled Welshcakes. Another culinary highlight was The Silver Fountain, where I ate my favorite meal of the trip, Welsh style wild rice with roasted tomatoes.  Wales was amazing. One of the many reasons I love to travel is the opportunity to go to new places and discover new things. To put myself in unfamiliar territory in the chance that I might discover something new about the world and myself. It’s the best of places that you long for when you leave and dream about returning to someday very soon. 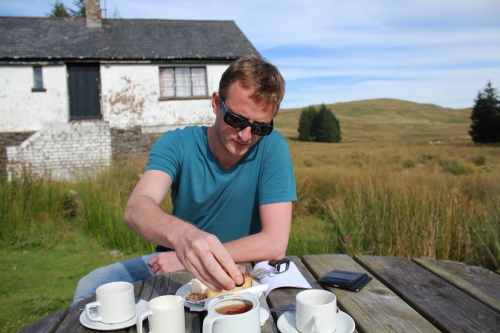 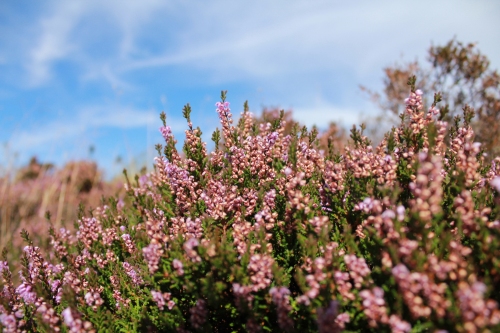 a (other side of the) road trip

The last weeks have taken me across England and Wales, on a road trip dedicated to spending as much time in nature as possible. (And admiring the ease with which Marcus could drive on the left side of the road.) I’m still awash in the experience of waking to foggy hillsides and hiking across the Welsh countryside. More about the when, where, and how to come in the next days. For now, a few images from my Instagram feed.

planning for England and Wales

The next adventure is almost here! Soon, Marcus and I will head on a journey through England and Wales. We’ll go by train from Amsterdam, through the Channel Tunnel, to begin our travels in Bath. We’ve both been to London numerous times and want to get to know the countryside. Since we’ll be making our trip around by car, we’ll have the freedom to explore at our leisure.

If you have any tips or suggestions for England and Wales, I’d love to hear them!

Photo of the Cotswolds by mazzle